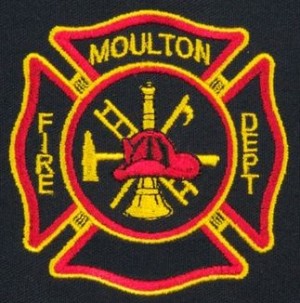 Richard Spookey” Montgomery, 79, of Moulton passed from this life on Saturday, December 7, 2019 at his home in the Wren Community. Visitation will be from 6 till 8 p.m. on Monday, December 9, 2019 at Pleasant Grove Baptist Church. The funeral service will be at 2 p.m. on Tuesday, December 10, 2019 at the church with Bro. Neil Carter and Bro. Robert Smith officiating. Mr. Montgomery will lie in state from 1 till 2 p.m. Burial will be in Montgomery Cemetery with Lawrence Funeral Home assisting the family.

Born on July 27, 1940 to James Everett and Rheba Hampton Montgomery, Richard (named “Spookey” by his sister) was a member of Pleasant Grove Baptist Church. He enjoyed local, stateside and foreign mission work along with building wheelchair ramps with men from the church. He was very active in his community.

Spookey was a 1958 graduate of Lawrence County High School and a 1962 graduate of Samford University, formerly Howard College, with a Bachelors Degree in Pharmacy. As a registered pharmacist, Richard owned the Corner Drug Store for many years. In 1978 he sold the drug store to follow his passion of law enforcement. Spookey began as an investigator for the Lawrence County Sheriff’s Office. He served his community as a volunteer firefighter with Moulton Fire and Rescue before becoming a career firefighter. Later he worked as a Deputy Alabama State Fire Marshal and retired as the Alabama State Fire Marshal in 2006.

Spookey was preceded in death by his parents and one grandson, Hadley Coan.

The family extends a very special thank you to Dr. Robert Hall and Kindred Hospice for their care during this time.

To send flowers to the family or plant a tree in memory of Richard Wayne Montgomery, please visit our floral store.