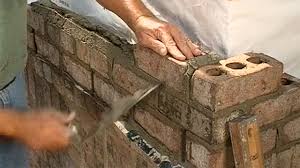 Donald Lee Achord, 92, of Courtland passed away Wednesday, February 10, 2021 at his home. A graveside service with military honors will be at 2 p.m. on Sunday, February 14, 2021 at West Lawrence Memorial Gardens with Lawrence Funeral Home directing.

Born on December 17, 1928 in Springfield, MO to the late Guy and Callie Moore Achord, Donald served in the US Army during the Korean War where he received the Army Occupation Medal (Japan), the Korean Service Medal, the Bronze Service Star and the United Nations Service Medal. After his military service he worked as a Bricklayer for over 40 years and was a member of the Bricklayers Local #1 of Missouri. Don was an avid fisherman and spent many years fishing at Lake Wappapello, Bull Shoals Lake, and his favorite fishing spots in Alabama.

In lieu of flowers, memorials may be made to the Wounded Warriors Project @ woundedwarriorproject.org or Alabama Wildlife Federation @ alabamawildlife.org

To send flowers to the family or plant a tree in memory of Donald Lee Achord, please visit our floral store.