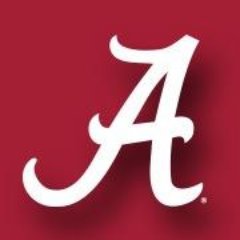 Scott Summers, 47, of Hatton passed away peacefully at home on Saturday, September 17, 2022. His visitation will be from 11:00AM-1:00PM on Monday, September 19th at Cowboy Church of Colbert County. The funeral service will follow at 1:00PM at the church with Truman Sutton officiating and Lawrence Funeral Home directing. Burial will be at Providence Baptist Church cemetery.

Scott was born on July 20, 1975 to William and Theresa Summers. He was a 1993 graduate of Hatton High School and he attended Shoals Community College. He was a member of Plumbers and Pipefitters Local 760. He was also a member of the Cowboy Church of Colbert County. He was saved and baptized as a young boy.

Scott was preceded in death by his grandparents, William Lester and Delma Mae Summers and Lester and Nellie Taylor.

Scott will be missed by many. His memory will live in our hearts always.

To send flowers to the family or plant a tree in memory of William Scott Summers, please visit our floral store.

A Memorial Tree was planted for William

Join in honoring their life - plant a memorial tree